News ID: 31
The restored minaret of the holy shrine of Alavi was unveiled + Images and Videos
Southern minaret of Najaf veranda was unveiled after repairing and reconstruction by Iranian artists and craftsmen, on Sunday the 25th of August, in a ceremony attended by the head of the HOROSH staff, the chief of “Shia Court of Waqhf of Iraq” and a large number of pilgrims and devotees of the Alavi shrine. 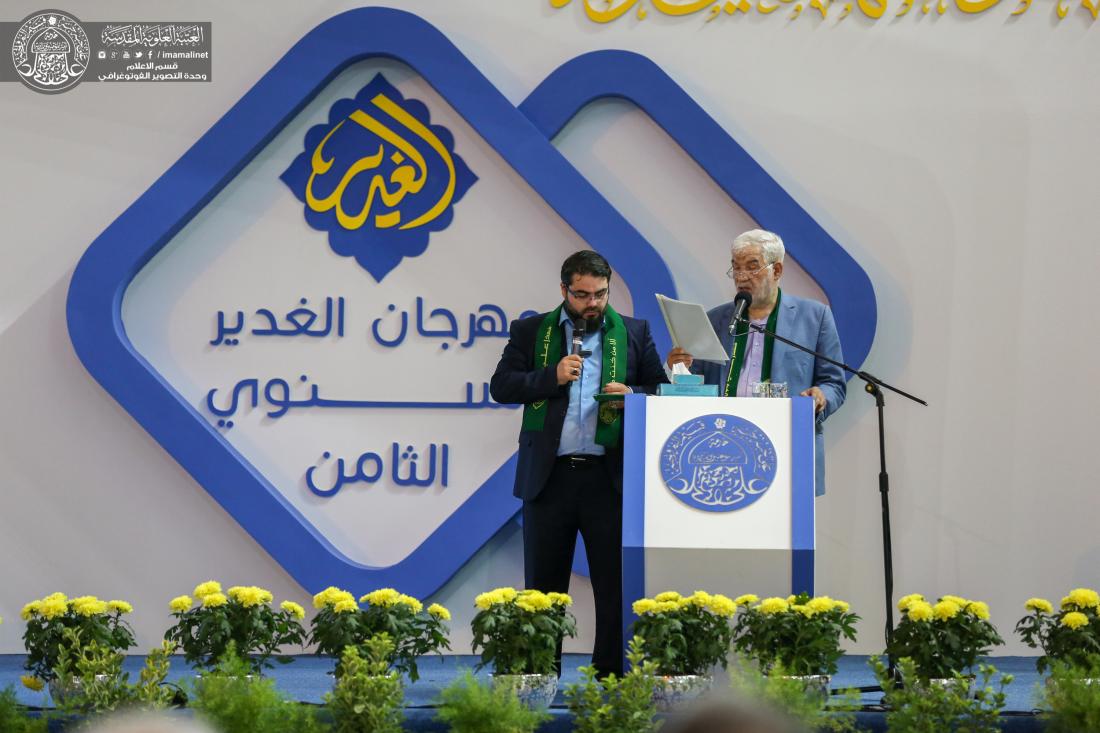 The project of repairing “Najaf  veranda golden bricks” has been defined in three phases: The first phase was the restoration of the southern section and its minaret, and now the second phase of the project is underway. The third and final phase of the project includes the central part, the entrance gate and the peak of veranda. According to this plan, the damaged copper bricks of the holy shrine of Alavi, which were covered and installed by the goldsmiths of Nader Shah era , have been restored by our country's experts after centuries. The gold needed for this project is provided by Trustee shrine of Alavi by the Iraqi vowers efforts.

Mohammad Karimi, director of the artistic, industrial  unit of HOROSH,  during the inauguration ceremony saying that the project was implemented on the basis of the latest technology and technical standards of the day, added: “Due to conflicts In recent years,  some of the bricks have been damged badly, which were hardly restored.

He added: A technical and sophisticated process including annealing, slicking work, glazing, molding, welding and … was carried out. After polishing and furbishing, each brick was covered with about 10 microns of nickel plating and 10 microns of gold in an area of 290 square meters.

He said that over 7000 hour/person was spent on repairing work during last 1.5 years. “The number of repaired bricks in the south minaret is over 4,000. The cockpit of muezzin (Place where a man calls people for prayer) was also fully restored.

During the ceremony, Yusuf Sheikh Razi, trustee shrine of Alavi, in praise of executive managers said: The project of rapairing southern minaret of Najaf veranda was done without disrupting the pilgrimage process.